Jul 09 Posted by mafs in Newsletters 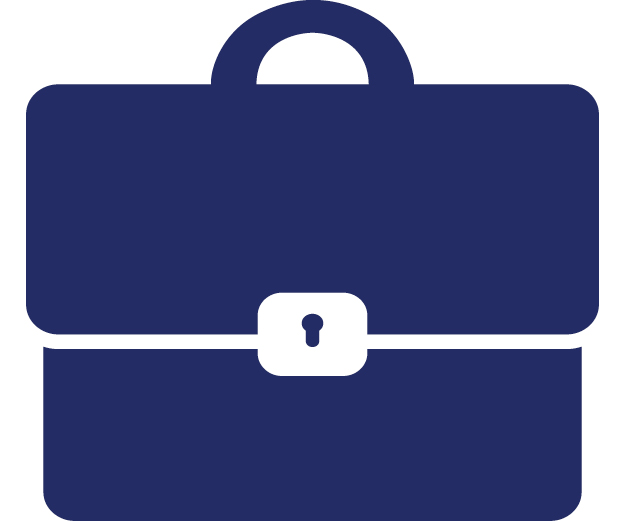 Mr Sunak emphasised that we are only part way through the pandemic crisis and he will be coming back with further proposals later in the year – most notably in the planned Autumn Budget, when there will be a full major review of government spending (postponed from the pre-election timetable) as well as proposals for tax.

A couple of significant tax changes were included in the Summer Statement: 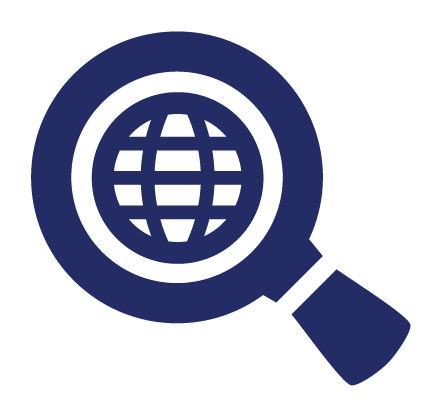 Feared tax increases affecting pensions, inheritance tax and taxes on income did not feature in the Summer Statement. There are likely to be a raft of tax proposals in these areas in the Autumn Budget.

Some of the other measures were all about increasing Government spending to support, protect and create jobs. They included:

We are living in extraordinary times – hence the need for these unique measures. Please get in touch with us if you would like to discuss any aspect of these new measures, or any of the previously announced Covid-19 support measures made by the UK and Scottish Governments - links below. 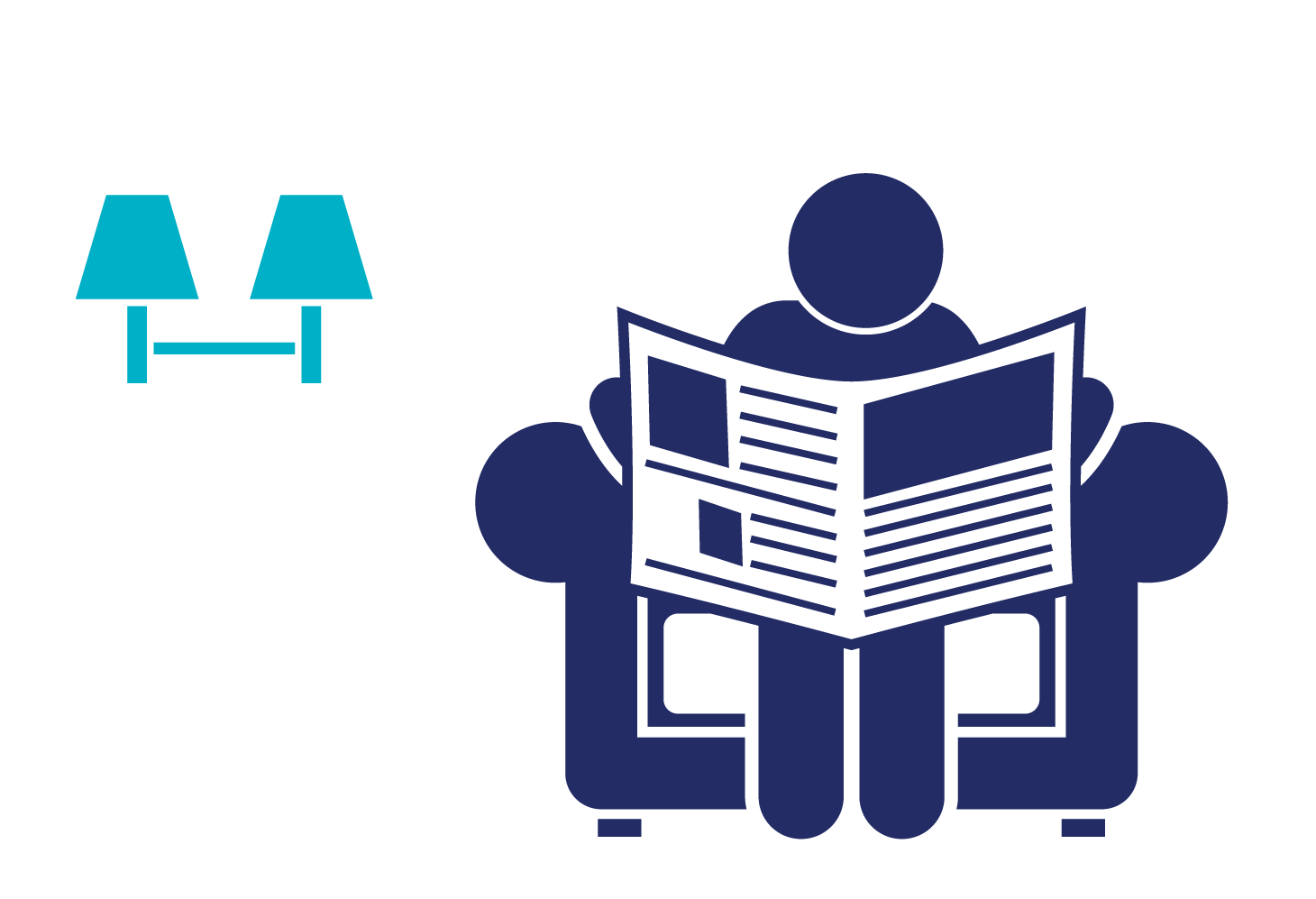 The Chancellor, Rishi Sunak, has spent so much time in the spotlight that it seems hard to believe he has not yet been in the job for five months. Today’s Financial Statement was just the latest of a series of announcements by Mr Sunak since he presented his Spring Budget on 11 March, four weeks after entering 11 Downing Street. One way or another, all the announcements have been responses to the financial impact of the Covid-19 pandemic.

His latest statement was perhaps the most difficult, given the circumstances in which it was set:

The government finances are in deep deficit. In only the first two months of the current financial year, the Treasury borrowed £103.7 billion, which was over six times as much as in the same period in 2019/20 and close to double the Budget forecast for the entire year. In May, for the first time since 1963, total government debt exceeded 100% of GDP the UK’s economic output for the whole year.

The UK economy contracted by 2.2% in the first quarter of 2020, according to the Office for National Statistics (ONS). In April alone – the first full month of lockdown – the ONS estimates that there was a further 20% shrinkage in output.

The Chancellor’s flagship employee furlough scheme, the Coronavirus Job Retention Scheme (CJRS), will start to be phased down in August. At that point, employers become responsible for the pension contributions and National Insurance Contributions (NICs) currently met by the Treasury. The CJRS, which has already been extended twice, is set to finish at the end of October. As of 5 July the scheme covered 9.4 million furloughed jobs provided by 1.1 million employers and had received claims totalling £27.4 billion.

The constituent parts of the UK are each emerging from lockdown, a process that could lead to an increased infection rate and local flare ups, as has happened in many US states and parts of Europe. On the day before the Chancellor’s statement, the Organisation for Economic Development published a report saying the UK unemployment rate could reach 14.8% by the end of 2020 if there is a second wave. 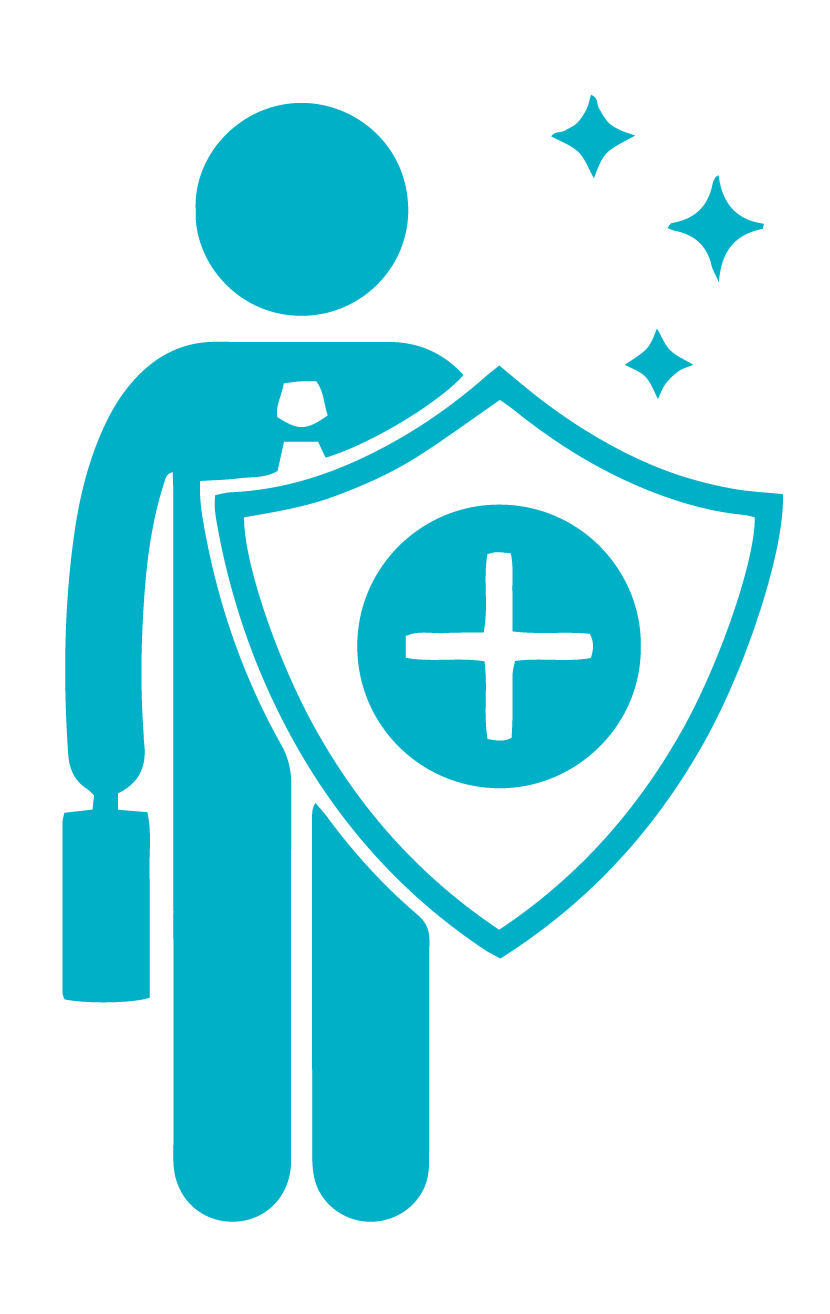 The challenge for the Chancellor in his Summer Statement was to start the transition from the emergency employment support that has so far been the focus of his strategy. He presented his statement as a ‘Plan for Jobs’, composed of three elements promoting jobs:

The Chancellor placed a price tag on his measures of up to £30 billion. He also promised that in the Autumn Budget and Spending Review he would deal “with the challenges facing our public finances”.

The Chancellor announced a range of initiatives under the ‘Supporting Jobs’ heading, including:

The Chancellor made it clear that he intends to end the CJRS in October as planned. To encourage employers to support those people who have been furloughed, a Job Retention Bonus will be introduced.

The Kickstart Scheme, which only covers Great Britain, aims to provide “hundreds of thousands of high quality six-month work placements” for those aged 16-24, who are on Universal Credit and are considered to be at risk of long-term unemployment.

Government funding for each job will cover 100% of the relevant National Minimum Wage for 25 hours a week plus the associated employer NICs and employer minimum automatic enrolment contributions (a maximum of about £6,500).

There is to be no cap on the cost of the scheme. 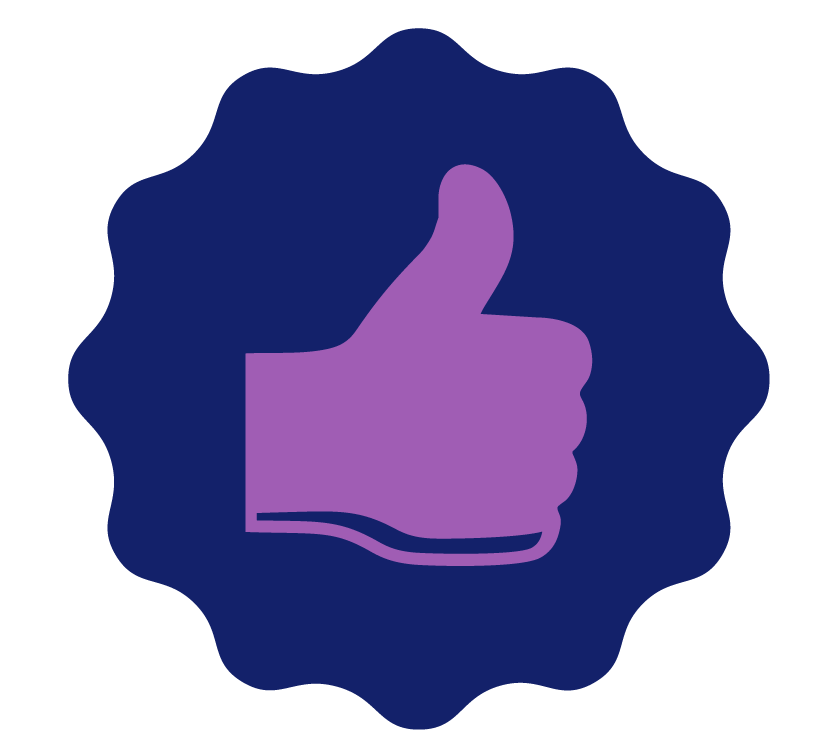 Employers who provide work experience for 16-24-year-olds in work placements and training will receive a payment of £1,000 per trainee. Provision of traineeships and eligibility for them will be extended to those with Level 3 qualifications and below, to ensure that more young people have access to training.

The scheme will run from 1 August 2020 to 31 January 2021. These payments will be made in addition to the existing £1,000 payment the Government already provides for new 16-18-year-old apprentices, and any of those aged under 25 with an Education, Health and Care Plan.

The Protecting Jobs element focuses on the hospitality and leisure sector, which saw over 80% of firms temporarily cease trading in April and has 1.4 million furloughed workers. It is a sector of the economy that employs over two million people, according to the Chancellor, disproportionately drawn from the young, women and people from Black, Asian and minority ethnic communities. 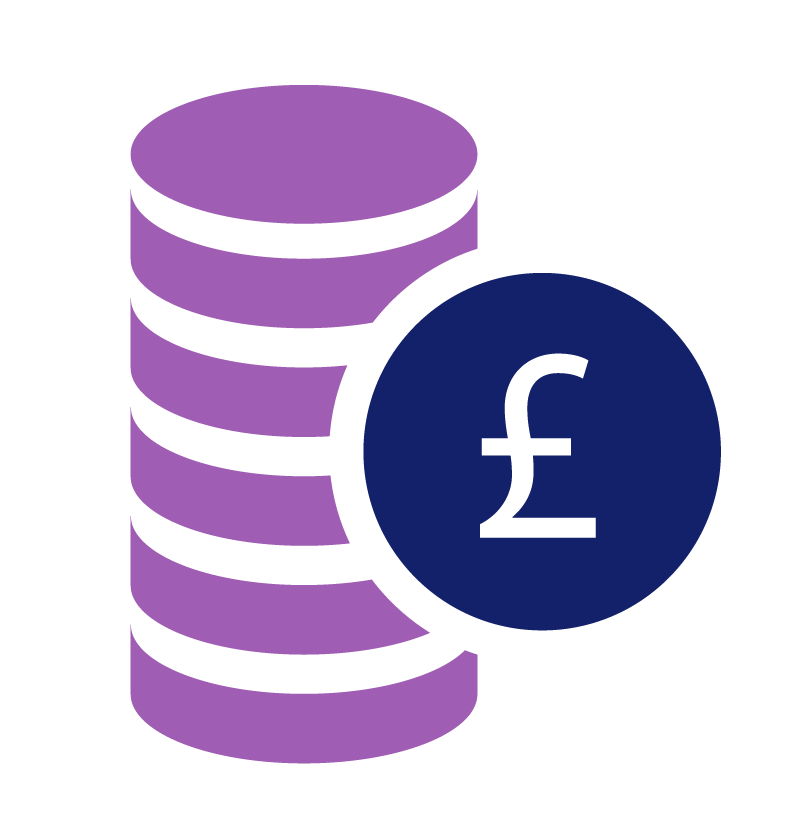 A reduced 5% rate of VAT will apply to supplies of food and non-alcoholic drinks from restaurants, pubs, bars, cafés and similar premises across the UK. The temporary rate will apply from 15 July 2020 to 12 January 2021.

The 5% rate of VAT will also apply from 15 July 2020 to 12 January 2021 to supplies of accommodation and admission to attractions across the UK.

HMRC’s initial guidance on the changes can be found online within the following VAT notices. More details are expected shortly.

If you have any specific query regarding a supply you are making, please do not hesitate to get in touch with Iain Johnston, VAT Specialist, or your usual contact at Martin Aitken>get in touch

Eat Out to Help Out

The ‘Eat Out to Help Out’ scheme will be introduced to encourage people to return to eating out. Every diner will be entitled to a 50% discount of up to £10 a head on their meal, at any participating restaurant, café, pub or other eligible food service establishment.

The discount can be used without limit throughout the UK on any eat-in meal (including on non-alcoholic drinks). It will be valid Monday to Wednesday during the month of August, and participating establishments will be fully reimbursed for the 50% discount.

The job creation measures are primarily targeted on the housing and construction sector.

Receipts of Stamp Duty Land Tax (SDLT – England and Northern Ireland) have fallen precipitously in the past few months, as the graph above shows. The slowdown in transactions has been accompanied by a stalling in prices – the latest data from Nationwide showed house prices falling in June 2020 for the first time in almost eight years. A temporary cut in SDLT on residential properties was widely trailed and duly arrived.

Scottish Finance Minister Kate Forbes announced on 9 July 2020 that the starting point for land and buildings transaction tax (LBTT - Scotland) is to rise temporarily from £145,000 to £250,000, although this reduced threshold will not apply to second homes purchases. She also announced that the Scottish Government would spend another £50m on the First Home Fund to support first time buyers, and another £100m would be spent on targeted employment support and training to help keep people in work or to help them to retrain.

A £2 billion Green Homes Grant will be introduced, providing at least £2 for every £1 up to £5,000 per household to homeowners and landlords who spend on making their residential properties more energy efficient. For those on the lowest incomes, the scheme will fully fund energy efficiency measures of up to £10,000 per household. 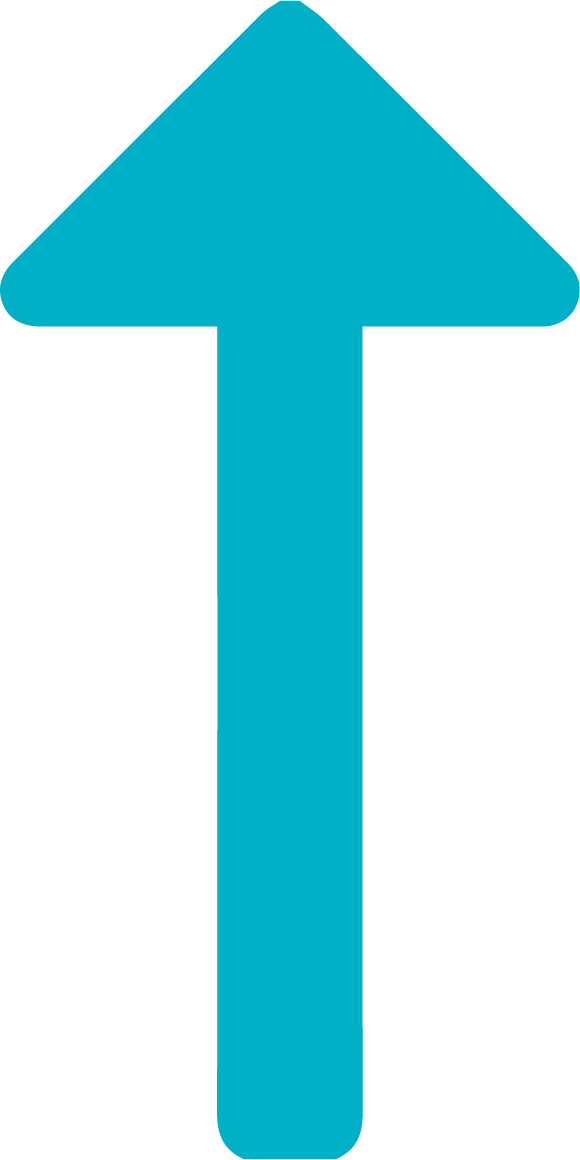 A £1 billion investment over the next year in a Public Sector Decarbonisation Scheme that will offer grants to public sector bodies, including schools and hospitals, to fund both energy efficiency and low carbon heat upgrades.

By boosting the Short-Term Home Building Fund, an additional £450 million in development finance will be made available to smaller firms that are unable to access private finance.

£400 million will be allocated via the Brownfield Housing Fund to seven Mayoral Combined Authorities to bring forward land for development of homes in England.

£100 million of new funding will be provided for researching and developing Direct Air Capture ¬ a new clean technology that captures CO2 from the air.

A new Social Housing Decarbonisation Fund will be established to help social landlords improve the least energy-efficient social rented homes. It will start in 2020/21 with a £50 million demonstrator project.

£40 million will be spent to improve the environmental sustainability of the courts and tribunals estate in England and Wales, investing in initiatives to reduce energy and water usage.

Up to £40 million will be made available in a Green Jobs Challenge Fund for environmental charities and public authorities to create and protect 5,000 jobs in England. The jobs will involve improving the natural environment, including planting trees and creating green space for people and wildlife.

£10 million of funding is to be made available immediately to the Automotive Transformation Fund for the first wave of innovative R&D projects to scale up manufacturing of the latest technology in batteries, motors, electronics and fuel cells.

If you require clarification or further guidance on any of the above support measures please do get in touch with your usual Martin Aitken adviser or via complete our short Contact Us form and we'll get back to you.